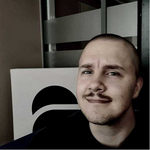 Updated 3 months ago by Daniel Sjögren

The above logic currently does not apply to tasks.

However, if you've somehow edited the base schedule shift(s) in Schedule, the next rollout won't roll out the updates you've made to that or those shifts.

Edits in Schedule not re-rolled out by Base Schedule

Edits in Schedule re-rolled out again by Base Schedule

A word regarding absence shifts

How do I know I'm about to re-rollout a base schedule?

Quinyx will only show the re-roll out warning message (see image below) if there's an overlap of employees and time period between current roll out and a previous one.

Example: If you roll out 15 employees the first time, and then one of those 15 employees is rolled out a second time during the same or partly the same time period, the warning message is displayed:

Why does Quinyx have this logic in the first place?

Answer: The reason for the re-rollout logic is that it's common practice for changes sometimes a change needs to me made by you as a user to the schedule template - i.e. base schedule - after it's been rolled out. In cases where those changes also need to be reflected in the rolled out period, the re-rollout logic allows you to ensure that's done by re-rolling out. Early user feedback made us improve the logic to ensure that changes made to rolled out shifts in the actual Schedule weren't overriden when due to re-rollouts.

Why are deleted shifts re-rolled out?

Answer: Initially, deleted shifts weren't rolled out anew, but this posed a problem in the cases where users had, for instance, rolled out the wrong base schedule over a certain wrong period. As the option of making a copy of said base schedule, emptying the initial one of its shifts only to the re-rolling it out is rather cumbersome, the current functionality was implemented.

Why are shifts with approved punches not rolled out anew whereas absence shifts of approved absences are?

Answer: Shifts with approved punches aren't re-rolled out as the approved punch indicates that the user - either the manager or both the employee and manager - has certified that the punch for that specific shift is correct; editing those shifts as of a re-rollout would therefore run the risk of creating incorrect payroll data. However, for absences and their absence shifts, the interdependencies between the two are of another kind than that of shifts and their punches, making a re-rollout more appropriate. If you've got feedback on this behavior, please share it with us using the Send us feedback button.