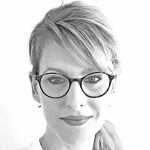 Updated 4 years ago by Christine

We have added a new variable to Forecast view which shows the expected monthly outcome of the forecast variables sales, hours and costs. An explanation of the calculation of the new variables is presented below.

Expected monthly results for sales (or another selected forecast variable)

Actual outcome of payroll costs from month start + scheduled staff costs from today up to and including month end.

Settings for Forecast view are defined by clicking the yellow icon in the top right-hand corner. You can set columns and enable/disable weekly summaries. You also have the option of calculating on the basis of the predefined calculation concerning the sales forecast from today up to and including month end.

A previous release of Quinyx WFM included the option of having personal adjustments to agreements and supplements, e.g. based on the number of years for which the employee has been employed. We have now edited Staff→ Agreement/Availability as well so that these adjustments are reflected in the agreement overview.

Replaced part of leave with a different leave

A first version of this function is being released with this release. It is now possible to replace a part of an leave with a different leave.

In the example below, the employee was previously on parental leave between 5 and 12 March but now wishes to take holiday between 10 and 11 March. When the holiday is entered in the system, the new leave splits the old one, i.e. 1) parental leave, 2) holiday, 3) parental leave.